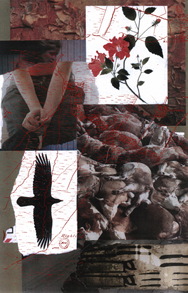 Iain and Josh Biggs  have been collaborating on an occasional basis for several years. Having gained a first class degree in time-based media, Josh then set up iSophia as the basis for his professional work. In a number of respects his interests and expertise overlapped with his father’s, so that it became inevitable that they would work together.

Iain Biggs teaches at UWE, Bristol and runs Wild Conversations Press. He has drawn on Josh’s expertise on a variety of collaborative projects that have led to their increasing engagement in forms of multi-media “deep mapping”.The ESRC-funded Aging Places project is half of one work package within the overarching Grey & Pleasant Land research project. It is based in North Cornwall and will explore and document older residents’ connections with the physical, social and cultural landscapes in which they locate themselves. It will focus on issues of place in relation to the ageing experience in inland rural areas.

The project will usea mixture of traditional and performative ethnographic approaches to understand the dynamic ways in which the meaning, understanding and experience of ageing is/has been understood and represented in this particular area. This will be fully documented. All the material from stage one will then be sifted by the team and selected material used to ‘trigger’ the second stage/methodology—an ethnographically informed and arts practice-led variant of ‘deep-mapping’. The outputs of the project will include a book-based arts/research publication linked to a web site. This in turn will be linked to the overarching Grey & Pleasant Land website in order to extend the material in the book, forge linkages with the other six Work Packages and open up the dialogue to interactive engagement and enabling and promoting independence, activity and creativity.

Other Collaboration work has included  ‘On Mull’ published in conjunction with TRACE. The raw material for the book was gathered during a brief period on the Isle of Mull in the spring of 2008 during which Josh documented performance work by the artist Suze Adams, a doctoral student working with his father. The book combines Josh’s sumptuous colour photographs of Mull’s wildlife and environment with Iain’s sparse black and white images and brief text in a lightly tensioned meditation on some of the current and historical paradoxes that haunt this extraordinary island.