Josh graduated with a First Class honours degree in Time Based Media from the University of the West of England, Bristol, in 2005.

He went on to work for Focus Productions, a small production company who were specialising in producing science based documentaries for the likes of Channel4 and Discovery where he worked in various capacities, prodominantly developing and cutting promos and working as an edit assistant. He then was offered  a job at Doghouse Post Production, a bespoke post house where he ran the technical support, installing and maintaining the edit suites, and providing assistance and training to staff & clients as needed. He has worked as a freelance editor and cameraman since, while continuing to provide technical support and advice to clients as and where needed.

He has  a genuine fascination in digital camera production and post techniques and technology and how it can be put to creative use.  As an editor he has worked on everything from 10 second adverts through to 60 minute feature documentaries. With numerous Online editor credits his technical knowledge at attention to detail has been put to good use finishing broadcast programmes from fast paced daytime to prime time observational docs. As a cameraman he has filmed in a huge range of situations, capturing promotional films for private schools, documenting the lives of street children in Ghana to following the action on a stalking trip in the scottish highlands.

Josh is by far and away the most reliable and honest person I know. His vast height is complimented perfectly by his gentle personality and demeanour; which is also reflected in his work and professional conduct. An extremely capable cameraman and editor; Josh also has the technical proficiency to handle workflow and equipment implementation through production to post. – Ben King, Loud&Fast.

His most recent major work has been to co-direct/produce, film and edit the documentary ‘Voices from the Shadows’. The film received its premiere at the prestigious Mill Valley film festival near San Francisco in 2011, where it won the audience award for international feature doc. The film has been shown in many countries and venues – from parliament buildings to cinemas, universities and homes – from the IACFS/ME conference in Ottawa 20011, to the Stanford ME /CFS Symposium 2014. 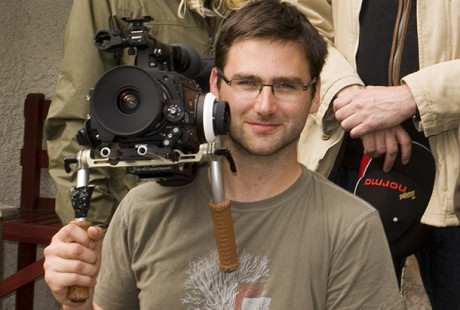 Josh is also a keen photographer, examples of some of his images can be seen here. His own creative work has largely been focused on producing images of evocative environments through which a narrative is suggested, rather than on traditional linear narrative. He is specifically interested in landscape and our relationship with the spaces we live and work in.